For all you theatre loving families out there, Norwegian Cruise Line has announced that the Tony Award®-nominated musical Footloose along with the classic aerial acrobatics show, Elements, and the wine-tasting comedy, Wine Lovers: The Musical, will be featured on Norwegian Joy, the 15th ship in its fleet which will begin sailing to Alaska this May.

Entertainment is such a major part of family cruising, giving parents the time to kick back and enjoy a show whilst the kids are enjoying the children’s facilities is a real treat. A trip to the theatre can be a logistical nightmare, arranging tickets and babysitters. Shows at sea really offer theatre loving families that little bit more flexibility to enjoy something they really love whilst the kids are happy.

Debuting for the first time at sea, Footloose, based on the wildly popular movie, follows the story of a Chicago teen with a love of dancing, who moves to small town with a ban on Rock n’ Roll.

Although he finds himself at odds with most of the town, including the influential local reverend, he and his friends eventually convince local leaders to lift the ban and allow the town to heal from a tragedy that affected them all. Featuring the hit music of Grammy Award®-winning artist, Kenny Loggins, Footloose celebrates warm and open minds.

“We are very excited to showcase Footloose, a feel-good, positive show that encourages people to embrace new ideas, stand up for what they believe in and dance their hearts out,” said Norwegian Cruise Line President and CEO Andy Stuart. “We’re certain it will have guests ‘kicking off their Sunday shoes’ as they enjoy their cruise vacation aboard Norwegian Joy as she makes her debut in Alaska in May 2019.” 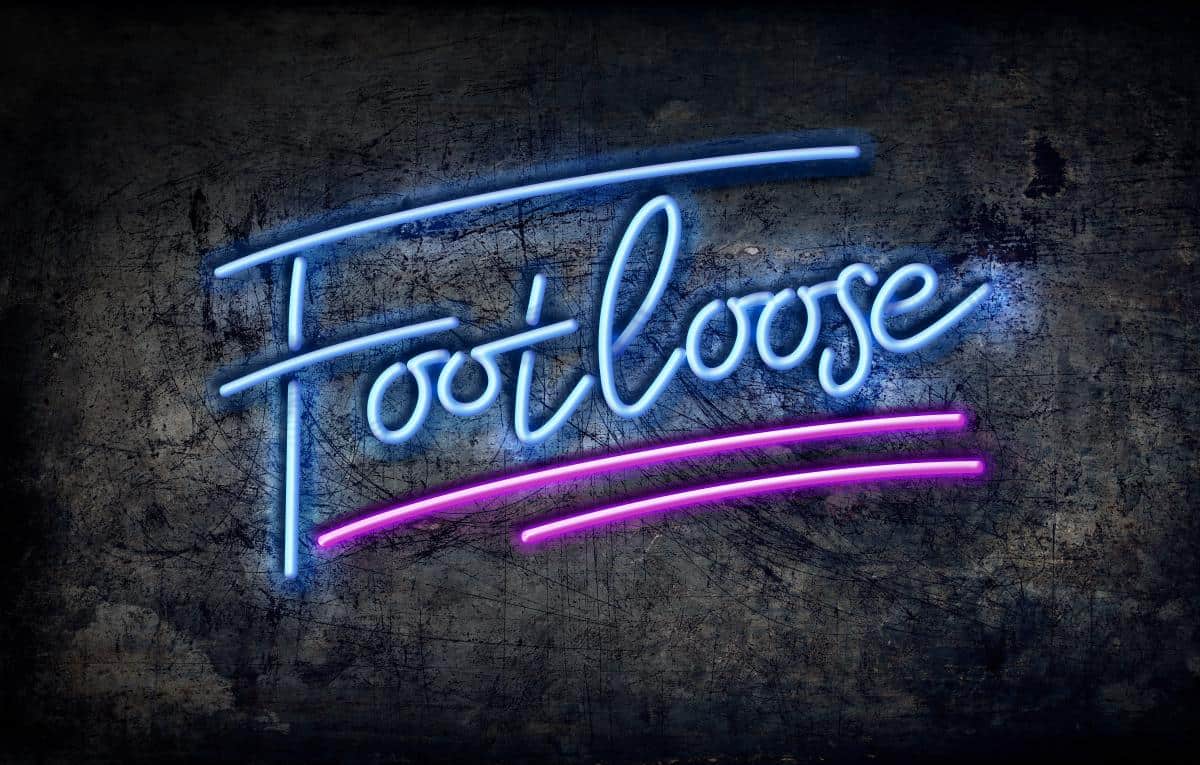 Sharing the main stage with this revamped 80s classic will be the aerial acrobatics show, Elements.

Provides guests the opportunity to taste a variety of wines at a lunch club-style experience while enjoying a hilarious musical comedy about the joys of wine and love. The show will be performed at the Social Comedy and Night Club with wine served to guests 21 and older.

Norwegian Joy is set to reposition to North America in late April following an over $50 million renovation that will make her nearly identical to sister ship, Norwegian Bliss, (Check out our review here) with an extended go-kart race track and new dining and bar concepts. Her first seven-day, round-trip Alaska sailing from Seattle, Washington will be on May 4, 2019, and she will call to both Glacier Bay and Icy Strait Point during her inaugural season. Norwegian Joy continues with Panama Canal sailings in October before offering weekly sailings to the Mexican Riviera from Los Angeles in November.

Norwegian Joy is the 15th ship in the company’s modern fleet and the second in the Breakaway-Plus Class, the most successful class in the brand’s history. The ship is one of the most innovative in the fleet, featuring industry firsts including an onboard go-kart track, open-air laser tag arena and Galaxy Pavilion, a dedicated virtual reality and gaming venue.  The ship will make her U.S. debut in April 2019 following an over $50 million renovation and will cruise to Alaska, the Mexican Riviera and Panama Canal before calling to the Caribbean from Miami in 2020.  Norwegian Joy is the only ship in the fleet to offer the Concierge-level stateroom category, which features spacious suites with 24/7 concierge service and private dining.

Norwegian Cruise Line has been breaking the boundaries of traditional cruising for over 52 years. Most notably, the cruise line revolutionised the industry by offering guests the freedom and flexibility to design their ideal vacation on their preferred schedule with no assigned dining and entertainment times and no formal dress codes. Today, its fleet of 16 contemporary ships sail to nearly 300 of some of the world’s most desirable destinations, including Great Stirrup Cay, the company’s private island in the Bahamas and its resort destination Harvest Caye in Belize.

Norwegian Cruise Line not only provides superior guest service from land to sea, but also offers a wide variety of award-winning entertainment and dining options as well as a range of accommodations across the fleet, including solo-traveler staterooms, mini-suites, spa-suites and The Haven by Norwegian®, the company’s ship-within-a-ship concept. For additional information or to book a cruise, visit www.ncl.com.