The perfect way to capture Europe on your smart phone is by river cruise.

Families and river cruising are not normally something you put together. However many river companies such as Uniworld are putting on family-friendly sailings to great wanderlust spots at the right times of year.

The destinations are a treasure hunt for many, with exciting places to visit that are not as accessible from a traditional cruise. Although river cruises have a variety of destinations and Europe is a huge part. There is a certain magic that is not found elsewhere such as visiting fairytale castles and Christmas markets.

Take a look at things to do in Amsterdam with kids here!

I am sure my teens would love to explore the world and discover some of the Instagrammable destinations on a river cruise.  It’s a safe environment where you can tailor your holiday daytime and relax in the evening in luxury. 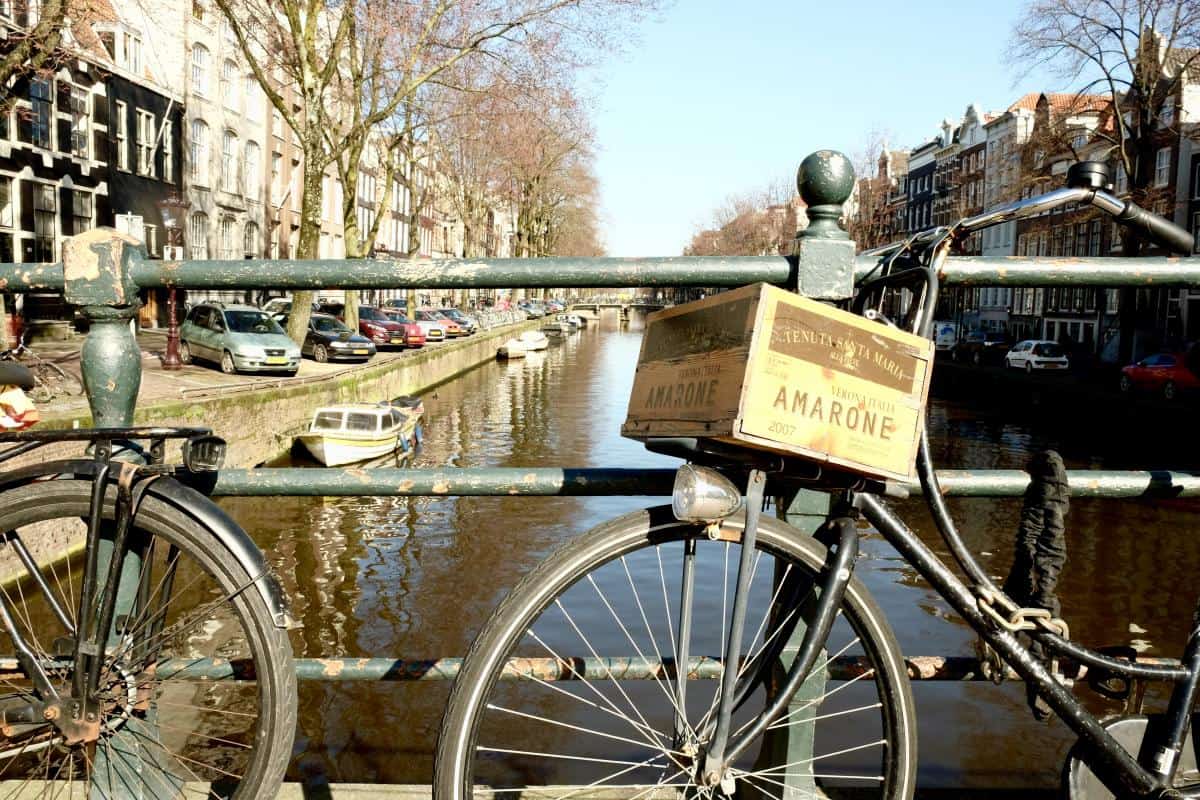 The millennial generation and the power of social media

We are influenced by the social world more and more but that is not a necessarily a bad thing. I am constantly inspired by the latest Instagram picture of a beautiful travel destination and so are my family.

With modern technology we no longer rely on guidebooks or good old uncle Derek’s boring travel tales. We open up an app and see some of the most amazing sights in the world and we want to go!

I can honestly say when I see a beautiful photo I think: “wow! where is that?”. And so do my kids.

There has never been a better time to get involved by taking photos and sharing them on Instagram and giving everyone a little bit of Wanderlust. Emerald Waterways offer a range of offboard activities to explore your destination from hiring bikes for your own freedom, to guided nature walks.

There is also something awe inspiring about seeing the image of a far off destination and wanting to chase it in real life. So grab your teens ( or leave them at home if you wish ) and hop on a journey of wonder.

Here are my top river cruise Instagrammable places in Europe

The Rhine winds its way through six countries beginning at the Swiss alps and ending at the North Sea in the Netherland’s. Here you can discover many UNESCO World heritage sites from the canal rings of Amsterdam to the Grande île of Strasbourg. You can visit many cities along this route including Brussels and Antwerp to name but a few.

Cologne is famous for its Twin Towered Gothic cathedral as well as it’s beautiful Christmas markets. With so many places to see there are some top photo opportunities to be found all over the city including the Love Locked Hohenzollem Bridge.

Schloss Drachenburg is a private palace in Königswinter Germany. Drachenburg is just one of Germany’s many perfect fairytale castles and can be visited all year round. It evens hosts its own Charles Dickens A Christmas Carol theme Christmas market yearly. If that doesn’t want to make you hop on a river cruise this Christmas I don’t know what will!

Strasbourg sits on the border of Germany with plenty of culture and architecture you will be sure to find the perfect Instagram photo here.

Strasbourg’s Grand île is an island that lies at the centre of the city. It became a World UNESCO site in 1988 and is now one of its main attractions. With stunning picture postcard houses surrounded by water it is certainly on my bucket list.

Linking the Danube and Rhine, the main river traverses Bavaria, revealing fascinating heritage and history aplenty. This fantastic scenic river twists its way through Bavarian Germany and is filled with picturesque scenes and hints of Vikings.

Think stunning architecture, bratwurst, beer and magical places like Disney! ( OK I am getting carried away now ). Bamberg is a town in northern Bavaria and is laid across seven hills. It is often called the Rome of Germany and its no wonder. The architecture here is just as beautiful as other German cities and encapsulates charm in a way like no other.

In Miltenberg you can wander along the most beautiful timber housed streets. It is proof that fairytale villages do exist!

Lacing its way towards the Mediterranean is the river Rhone. Visiting pretty serene villages and a traverse wine region has to be top of your itinerary whilst travelling the Rhône. Take yourself from the south of France to the iconic Paris and snap plenty of photos along the way. The Provence region in France is made for wandering pretty streets and a cheeky glass of wine in a French Cafe.

The world UNESCO heritage site of the city of Arles sits on the Rhône river. Many of Vincent Van Gogh’s paintings were inspired by the stunning landscapes here. There is also an amazing amount of history in the Provence region including Crytoportiques ( mystery tunnels of roman ruins ).

But a much prettier view of Arles would be this beautiful street which is typical of the region.

From the other end of the Rhône you can experience Lyon.

Forget the Trevi fountain in Rome, Lyon has its own stunning fountains that are just as magnificent. Fontaine Barholdi and Place de Jacobins are beautiful!

A post shared by Nicolas Savignat (@nicolas_savignat_photographies) on Nov 3, 2018 at 10:25pm PDT

The river flows through four capital cities, Vienna, Bratislava, Budapest and Belgrade. The Danube is the inspiration behind the famous Blue Danube waltz by Johann Strauss. The river  is also Europe’s second largest river and you will be amazed at the stunning architecture and even wildlife along the way. The Danube flows from the Black Forest in Germany as far as Romania.

Bucharest is in southern Romania and is the country’s capital. Although there are lots of modern architecture there is still plenty to see in Bucharest. One of the most Instagrammable places is Arthur Verona Street.

This street is filled with wall art and graffiti. Kids and adults alike can snap a photo of some of the quirkiest streets in Europe.

The Iron Gates gorge of the Danube.

The Iron Gates is a gorge on the river that form a boundary between Serbia and Romania. Apart from its stunning scenery you will find the rock sculpture of Decebalus the last king of Dacia. The sculpture is a very recent addition created made between 1994 and 2004 and took 12 sculptors to finish. I’d say it is a pretty impressive photo!

Budapest is well known for the highest number of hot springs so you would be mad not to miss one!

Szechenyi is the largest hot spring and is particularly stunning! What a great place for the kids to have a swim. Looks pretty great too!

Grab a little sunshine along the Portuguese river of the Douro. Taking you from Spain to Porto which is also another World Heritage Site. You can experience port tastings and see scenic vineyard hillsides. Some of Europe’s best stretches of countryside reside here.

How could I leave out Lisbon? One of my favourite pictures I see time and time again is the stunning road which runs the trams. Some trams are covered in graffiti which I know is strange but it adds to the charm.

Even when your across the world… you can still find a 6in @subway . ? beautiful city! What subway sandwich would you get? Tag a friend! #portugal #travelwithme #subwaysandwich

This neo classical customs house is absolutely stunning. Designed by a French engineer in 1859 it’s worthy of being one of the most instagrammable sites in Porto.

Generations collection because World travel is a family affair.

Whilst not all river cruises are suitable for family’s some do offer great packages to include children and teens. Uniworld does just this in the form of their all inclusive generation packages.

Each Uniworld Generation package is dedicated directly for families. With itineraries and excursions designed specifically for you to share with your children. The generation package includes kid friendly menus, unlimited beverages and they can even take a cooking class.

There are plenty of onboard activities too, from kid only movie nights to hands on craft workshops. Off shore is also just as good for your active ones with complimentary bicycles and helmets.

Not only that but your young travellers aged between 4 to 17 get 25% off when travelling with an adult! ( this does not include suites )

You can explore Europe by river with many sailings across Europe and you can even go in winter to Christmas markets. The generation programme dates are tailored for families outside of term time with many options available. You can be sure you will see some of the most instagrammable places in Europe on the Castles of the Rhine cruise for instance which takes you from Basel to Amsterdam. Perfect for 8 days of fun right in the middle of the summer holidays.

This is great for families that would rather opt for culture

You will be greeted by luxury surroundings, a la carte meals and a new Instagrammable location everyday. Being on a smaller ship is more intimate for not only couples but families too. You can spend time together much more so than you would do on a larger ship. Spend your days exploring these fantastic places and relax in the evening on board watching the world go by.

This is great for families that would rather opt for culture and destinations rather than facilities. I certainly know that we enjoy getting off of the ships and exploring. A lot of the river cruise companies are making their cruise’s more family-friendly in a number of ways. Therefore with more flexible dining, accommodating cabins and even meeting the captain there is no excuse not to try one.

I don’t know about you but I have a whole boat load of places I would like to visit next year and I just may take the kids!

Take a look at some of the recent Instagrammable Places in Europe I have found. 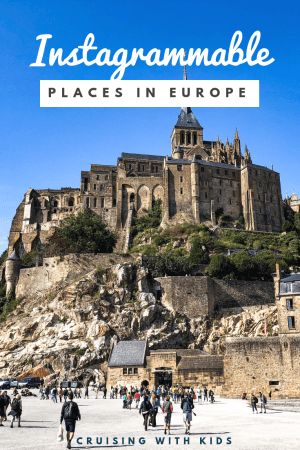 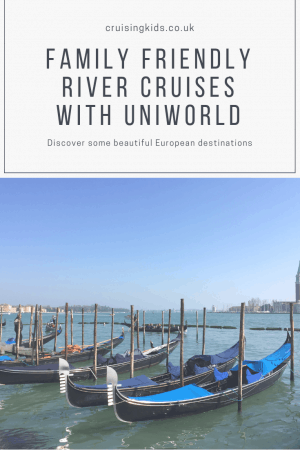 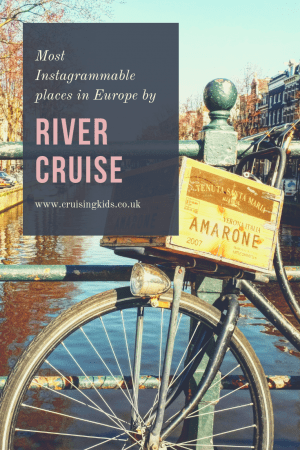 I would love to do a river cruise, but I've never thought about doing one with the kids. I've always thought that they wouldn't appeal to kids like the big cruise ships do, but the places that we could visit on a river cruise are making me rethink this! Good luck with the competition xx